Bolton is Caledon's largest urban centre with a population of just under 30,000. It is where you'll find the largest concentration of shopping and restaurants and Downtown Bolton's BIA (Business Improvement Area).

Downtown Bolton (at King and Queen St) is where the village of Bolton Mills was formed - named after George and James Bolton who built the first water-powered grist mill in 1822 on the Humber River. A number of the historic buildings remain, and Bolton is home to Caledon's first Heritage Conservation District.

Grab a meal or an ice cream and stroll along the river on the Humber Valley Heritage Trail or make your way up to Dick's Dam Park, a scenic gem.

Wondering about the history of this Village and some of its great 19th century buildings? Take a stroll back in time with a Self-Guided Heritage Walking Tour:

Artful Caledon is Caledon Public Library’s (CPL) creative initiative for expression of visual, literary, music and performing arts. It offers spaces for local creatives of all ages to promote their works both in-person and virtually. Experience Caledon’s artists, authors and musicians at one of CPLs seven branches, participate in workshops and special events and visit the virtual platform; it is a great way to enjoy, learn and connect. Email us at communications@caledon.library.on.ca with any questions.

Our program follows 4Cats pedagogy founded on building a world that encourages a love of art, beauty and learning, an environment of kindness and happiness, a studio where we all work together in a beautiful, professional and artistic space.

Located in Bolton, Ontario, this cozy Italian restaurant is a perfect place for friends and family to share great food, wine and conversation. Once inside, the comfortable atmosphere and stunning décor makes you feel like you're having a candlelight dinner in Europe!

Cheeks bar and grill opened its doors in Bolton 31 years ago. In that time, they have been serving the Bolton community fresh and homemade food, crafted with love. Specializing in gourmet burgers, homemade pasta sauces, soups and more.

Enjoy the fun of pottery painting in a bright and cheerful studio. A special place to gather with family and friends for art activities and every day fun, this studio welcomes people of every age and ability, all day long. Crock-a-doodle also offers kids birthday parties, ladies nights, team building and corporate events.

Caledon is a bike-friendly community. Whether it's a road bike, fat bike or mountain bike, Caledon's roads and trails offer unique cycling experiences.

Rustic park on the Humber River, with three beach volleyball courts, seasonal portalet, parking and picnic area. A regulation soccer field is accessed from Hickman Street. Features also include Peace Park within the main park, and a playground accessed by foot bridge over the river. A path with limestone screenings surface goes around the park perimeter. Nearby access to the Humber Valley Heritage Trail.

Caledon is a prime destination to view some of the most regal autumn foliage in Ontario. Many of our small hamlets are popular destinations during this season.

Mom & Pop owned and operated Bookstore (and gifts) since 1998. BOOKS for ALL ages from bestsellers to more obscure titles. Sidelines include Unique Gifts, games, puzzles, toys, candles, funny socks, locally produced items and Zero-Waste products. We even rent DVDs. Gift Certificates also available.Enjoy our homey atmosphere and our suggestions. We read what we sell!

Glen Eagle Golf Club opened in 1962 and has been a favourite destination for Ontario golfers for over 50 years. Steeped in tradition, Glen Eagle is a 27-hole facility situated in the beautiful Albion Hills that was designed by renowned golf course architect Rene Muylaert. The clubhouse features a full service restaurant, two elegantly appointed banquet rooms, and spacious men’s and ladies locker facilities. Located 30 minutes northwest of Toronto on the outskirts of Bolton Ontario, Glen Eagle Golf Club is public golf at its finest.

Glen Echo Nurseries has knowledgeable staff that can help make any of your gardening needs come true in a welcoming, friendly and enjoyable atmosphere. One of the premier garden centres in Ontario situated on over 35 acres, Glen Echo Nurseries is a leader in the garden centre industry - explore the endless possibilities for your own garden paradise.

Our Bolton hotel is right off Highway 50. Caledon Equestrian Park is a 20-minute drive away, and we're surrounded by areas of natural beauty, such as Humber Valley Heritage Trail and Nashville Conservation Reserve. We have an indoor pool, fitness center, and event space for up to 200 guests. Perks include a free hot breakfast and WiFi.

Take a walk through our villages and hamlets and explore the past through one of Caledon's self-guided walking tours.

Kooner Farms is a family farm in Caledon, operating since 1988. The family’s fields have always been farmed using traditional organic practices such as crop rotation, manual weeding, and fertilization with cow manure. Now Joti Kooner and her husband Indy Kooner have six acres of farmland in transition to organic certification with Pro-Cert. They grow a wide range of specialty crops, including round eggplants, okra, marrow, fenugreek and many more. They have many beehives in their fields to support local apiarists, and they get a jump on spring by starting seedlings extra-early in their greenhouse. If you are looking for variety in vegetables, you’ll find it here!

La Finestra, “the window” in Italian, is a family-owned restaurant that celebrates the Mediterranean way of life with pure ingredients and passion. Our contemporary Italian menu pays tribute to traditions and authentic cooking methods in a modern and inviting atmosphere. Whether sharing a meal with family or grabbing a glass of wine with friends, La Finestra welcomes you.

Established in 1978 with a modest six holes, Mayfield now offers three unique courses that provide distinct golfing experiences and a variety of challenges for every level of golfer. When the wind picks up, the courses really show their teeth and require creative shot making to post a good score. Pro lessons, order-ahead eats and sweeping vistas make this club a one-stop shop for a great golf experience.

Mercato Fine Foods is a specialty foods store located in the quaint town of Caledon, Ontario. This family-run business specializes in rustic and fine Italian breads, gourmet cakes, fine pastries and traditional cookies. Mercato Fine Foods also provides deli meats and gourmet cheeses from around the world, specialty oils, vinegars and preserves as well as olives, pastas and an assortment of fine foods for any occasion.

Famous Chinese and Vietnamese Cuisine in downtown Bolton - eat-in, take-out or get fresh and delicious dishes delivered to you!

Family run business with home made, fresh eats. From breakfast to in-house marinated souvlaki to their famous hand cut fries and fish, Riverside Grill truly has it all.

Nestled beside the Humber River in historic downtown Bolton, this cozy pub offers great lunches and dinners made from market fresh ingredients.

Serving Bolton for over 30 years, The Toby Jug offers a warm and cozy atmosphere and a commitment to providing the best overall dining experience possible. Visit and enjoy delicious food rich in British history.

The Vineyard Jamaican Restaurant is a traditional Jamaican restaurant serving traditional Jamaican dishes! Using authentic recipes, Vineyard ensures every bite is like a mini trip to the Caribbean. Come and try outstanding dishes and enjoy the atmosphere! Grab an order of the Brown Stew Fish Meal, the Ackee and Saltfish Meal, or try soups like Red Pea Soup, or Goat Head Soup. 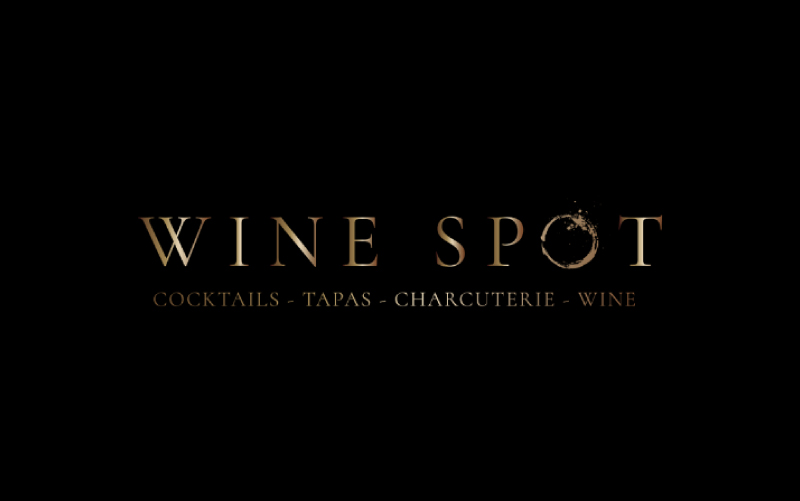 Wine Spot is a labour of love. A family-owned and operated tapas and wine bar space where you could share a bottle of wine on date night, or chat with friends over a hand-crafted cocktail and locally-sourced shareables.

A family-owned and operated restaurant serving fresh, quality food since 1969.

Caledon offers some of the best trail experiences within the GTA (Greater Toronto Area). Enjoy the beautiful outdoors on Caledon's vast network of trails.

Fresh sushi restaurant in the heart of Bolton.

Family-owned u-pick farm with a wide variety of tomatoes, peppers, eggplant, fennel and other quality vegetables. Open seasonally at 14510 The Gore Rd. in beautiful Caledon.